- The intervention will be carried out with the collaboration of the City Council of Roses, the Port of Roses and the Natural Park of Cabo de Creus.

- It is part of SUBMON's Underwater Forests project, which has the support of Bonpreu and Esclat and Worldcoo through the Solidarity Rounding campaign.

SUBMON will begin this week the revision of the anchoring buoys fields of the coves of Roses which are inside the Natural Park of Cabo de Creus to identify the concrete blocks which are integrated in the posidonia meadows and to evaluate the extraction.

Posidonia (Posidonia oceanica) is a plant that forms underwater forests and acts as such. It is the largest underwater habitat in terms of the biodiversity it hosts and plays a key role as a regulator of climate change, due to its ability to fix CO2 to the seabed.

It should be noted that Posidonia is a protected species, both nationally and internationally, and is listed as a habitat of priority interest by the Habitats Directive (Directive 92/43/EEC). However, this species is sometimes impacted by large debris found on the coast, such as concrete blocks or other elements used for anchoring boats or for the marking of bathing areas.

In this context, with the collaboration of the City Council of Roses, the Port of Roses and the Natural Park of Cap de Creus and the support of Bonpreu and Esclat and Worldcoo, through the campaign of Solidarity Rounding, SUBMON will monitor the state of the posidonia in the coves of Roses, checking the anchoring buoys fields and detecting which concrete blocks should be removed and which should not, based on the criterion that their removal would cause a greater impact on the posidonia meadows as they are highly integrated.

The Solidarity Rounding campaign promoted by Bonpreu and Esclat and Worldcoo, which took place during the month of June, supports SUBMON's Underwater Forests project to:

- conserve the posidonia meadows of the Mediterranean Sea.

- ensure the posidonia's capacity for oxygen production and carbon fixation and retention.

- guarantee the conservation of the species living in the posidonia.

Since 2008 SUBMON has been developing projects to improve the state of marine conservation and to promote a change in the relationship between society and the sea. The Solidarity Forests program adds to the construction of a more sustainable marine future. 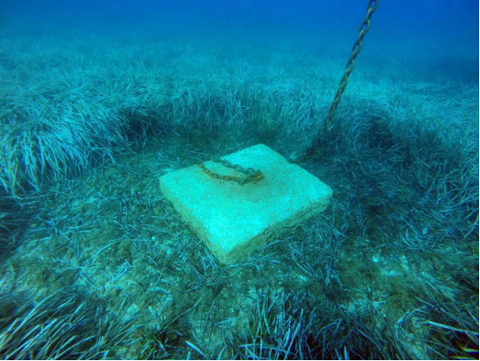